Skip to main content
﻿
My Favourites
Looks like you’ve not added any property to your favourites. Select which property type you would like to check out below.
Residential
Commercial
Industrial
NEW!
Get in touch
Feel free to reach out to us about any inquiries, feedback, and suggestions.
Hotline

CLOSE
I'm interested!
Fill in the form below, and we’ll
get in touch with you soon!
Tell us what you’re
looking for
Home Residential Commercial NEW! Industrial

Our leaders who direct and improve value to the organisation. 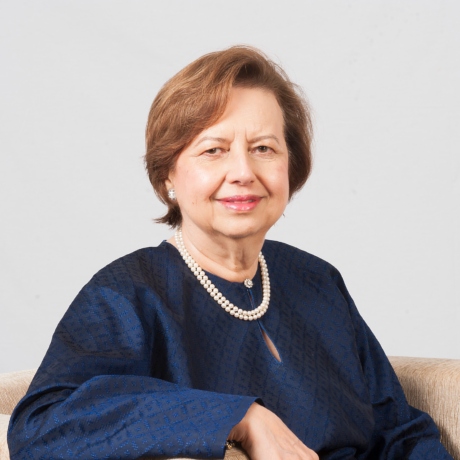 Tan Sri Dr. Zeti Akhtar Aziz is our Non-Independent Non-Executive Chairman effective 23 July 2018. She is presently the Group Chairman of Permodalan Nasional Berhad (PNB) and was an appointed member of the Council of Eminent Persons, the Chairman of Amanah Saham Nasional Berhad and the director of Attana Assets Sdn.Bhd. She is also the trustee of Yayasan Pelaburan Bumiputera and co-chair the Board of Governors of Asia School of Business, established in collaboration with MIT Sloan.

Tan Sri Dr. Zeti has impeccable credentials and a wealth of experience. She was the 7th Governor of Bank Negara Malaysia from year 2000 to 2016. She led the Central Bank in successfully implementing the selective exchange controls to restore stability and promote economic recovery in Malaysia. 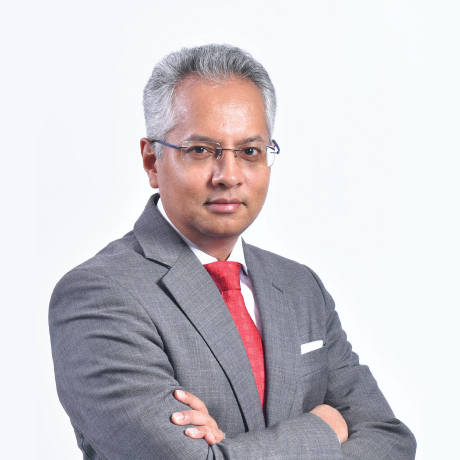 Prior to his appointment, he was the Managing Director/Chief Executive Officer of UEM Edgenta Berhad, one of the largest Asset Management & Infrastructure Solutions companies in Asia with operations in six countries. He has a wealth of cross-functional experience from his background in corporate advisory and as a senior business leader.

He started his career as an investment analyst and later worked as a manager in the financial advisory arm of PricewaterhouseCoopers. His corporate advisory experiences include dealings with corporations, multinational companies and institutions involved in construction and engineering, real estate development, plantations, manufacturing, oil and gas, venture capital, fund management and stockbroking.

While at CIMB Investment Bank Berhad, he was part of the team that established the bank's private equity business and was involved in various aspects of its operations including fund structuring and fund raising, investment evaluation and structuring, monitoring and execution of divestment plans.

He was also the Group Chief Executive Officer/Managing Director of AWC Berhad where he led the successful restructuring and transformation of the company into a leading provider of engineering services and solutions and integrated facilities management in Malaysia, Singapore and the Middle East.

Dato’ Azmir joined UEM Group Berhad as the Group Chief Operating Officer, Business Units in October 2012 and began his tenure as Non-Independent Non-Executive Director of UEM Edgenta on 4 December 2012. He was was redesignated as Executive Director on 1 February 2014 and was appointed as UEM Edgenta Managing Director/Chief Executive Officer on 1 August 2014. 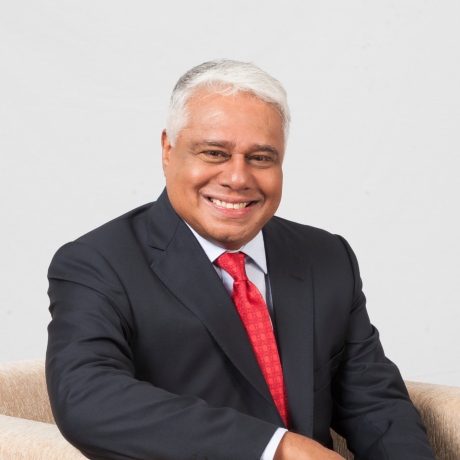 Dato' Jaganath Derek Steven Sabapathy is our Senior Independent Non-Executive Director. He holds a Master of Arts majoring in Corporate Finance and International Trade from Edinburgh University, United Kingdom in 1981. Upon graduation, he joined a leading London firm of chartered accountants, Price Waterhouse.

In 1984, Dato’ Jagan returned to Malaysia and joined KPMG Peat Marwick as a Manager. He was appointed as a Partner of KPMG Malaysia in 1990. Whilst at KPMG Malaysia, he was involved in a wide range of assignments covering audit, investigations, management consultancy and corporate finance, in Malaysia, the ASEAN countries, North America and Europe. He sat on a variety of KPMG International Committees including committees for Mergers and Acquisitions, Privatisation and Management Consultancy. He was also an examiner for the professional examinations of the Malaysian Association of Certified Public Accountants (“MACPA”).

Dato’ Jagan left KPMG Malaysia in late 1994 to join Benta Plantation Berhad as an Executive Director. In 1995, he left Benta Plantation Berhad and was appointed as Director of Austral Lao Power Co. Ltd. He joined Prime Utilities Berhad and Indah Water Konsortium Sdn. Bhd., Malaysia's privatised national wastewater utility, in 1997 as Managing Director of both the companies, a position he held up to late 1999. From 1999 until his retirement in end 2013, Dato’ Jagan served as the Chief Executive Officer/ Director of Bandar Raya Developments Berhad Group and Director of Mieco Chipboard Berhad. 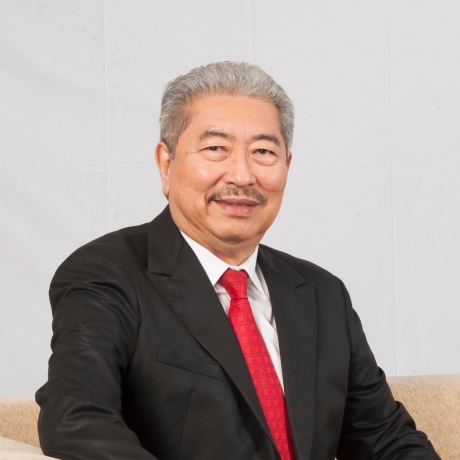 YAM Tengku Datuk Seri Ahmad Shah Alhaj ibni Almarhum Sultan Salahuddin Abdul Aziz Shah Alhaj began his career with Charles Bradburne (1930) Sdn Bhd as a broker from 1974 to 1981. He was appointed as a director of various listed and private companies including TTDI Development Sdn Bhd from 1978 to 2000, Sime UEP Properties Sdn Bhd from 1983 to 1987, Tractors Malaysia Holdings Berhad from 1987 to 2007 and Sime Darby Medical Centre Subang Jaya Sdn Bhd from 1987 to 2013. He was also a member of the Supervisory Committee and Audit Committee of the property division of Sime Darby Berhad from 2008 to 2010.

YAM Tengku Datuk Seri Ahmad Shah Alhaj ibni Almarhum Sultan Salahuddin Abdul Aziz Shah Alhaj is currently the Chairman of Dutaland Berhad, Global Oriental Berhad, Titas Holding Sdn Bhd and Titas Realty Sdn Bhd.  He is also a director of Mycron Steel Berhad and serving on the board of directors of several companies involved in the property development business such as City Properties Sdn Bhd and M.A. Development Sdn Bhd. He sits on the Board of Trustee of the Cancer Research Malaysia. 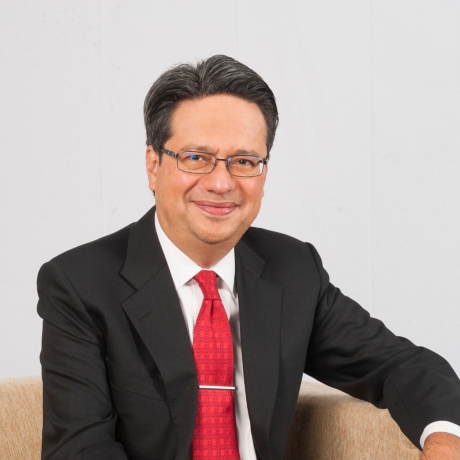 During his career, Dato' Seri Ahmad Johan Mohammad Raslan was mainly involved in providing audit and advisory services to his clients. He began his career with Robson Rhodes Chartered Accountants in 1981. He joined Price Waterhouse London, United Kingdom in 1990 as a Manager and thereafter returned to Malaysia in 1992 and joined Price Waterhouse in Kuala Lumpur as an Executive Chairman. He was admitted as a Partner of the firm in 1993. Price Waterhouse merged with the firm of Coopers & Lybrand in 1998 and was subsequently known as PricewaterhouseCoopers ("PwC"). He was elected as the Executive Chairman of PwC Malaysia in 2004. In 2008, he became the Joint Executive Chairman for the PwC Southeast Asia Peninsular Region (the combination of PwC firms in Malaysia, Thailand, Vietnam, Cambodia and Laos).

As Executive Chairman of PwC Malaysia, Dato' Seri Ahmad Johan Mohammad Raslan's work involved extensive engagement with boards of directors and business leaders, as well as with the regulatory community. He was a member of the Global Public Policy Committee of the 'Big 6' accounting firms from 2010 to 2012. The Committee coordinated the Big 6 accounting firms' engagement with worldwide regulators and governments. He was also a Council Member of PwC's Global Diversity & Inclusion Council from 2011 to 2012. He served two 4-year terms as Executive Chairman until his retirement from PwC in 2012.

In addition, Dato' Seri Ahmad Johan Mohammad Raslan has worked with regulators in relation to the development of the financial markets in Malaysia. For example, under the Securities Commission he was involved in the committee which established the Audit Oversight Board and the Corporate Governance Consultative Committee. Under Central Bank of Malaysia, he served as a member of the Financial Stability Executive Committee from 2009 to 2012, and as a member of the International Advisory Panel of the Labuan Financial Services Authority from 2004 to 2012. He was a member of the Faculty of the Financial Institutions Directors Education ("FIDE") programme, which provides development for directors of financial institutions in Malaysia. He was an Independent Non-Executive Director of Prima Ekuiti (UK) Limited (a subsidiary of KWAP), and a Non-Independent Non-Executive Director of OPR Holdings Ltd, both of which are private companies in the United Kingdom. Dato' Seri Ahmad Johan Mohammad Raslan also served as a Non—Executive Director of Eco World International from 2014 till 2019 and at AMMB Holdings Bhd from 2016 till 2017. He is currently a board member of Institute of Corporate Directors Malaysia. 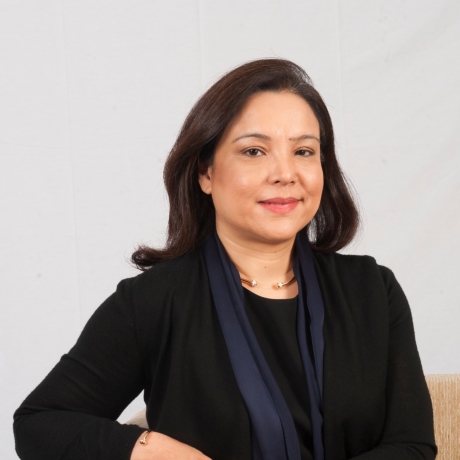 Datin Norazah Mohamed Razali is our Independent Non-Executive Director. She graduated with a Bachelor of Laws (Honours) degree from the International Islamic University Malaysia in 1993. She also holds a Diploma of the Imperial College in Management from Imperial College, United Kingdom and has received a Master of Business Administration (MBA) in Management from The Imperial College Business School, University of London, United Kingdom in 1998. She was admitted as an Advocate and Solicitor of the High Court of Malaya and became a member of the Malaysian Bar in 1994.

Datin Norazah Mohamed Razali began her career with Sidek, Teoh, Wong & Dennis as a solicitor in 1994 before leaving to further her studies in the United Kingdom in 1997. After obtaining her MBA in 1998, she returned to Southeast Asia and joined the management consulting firm of Booz, Allen & Hamilton in Singapore and she served the firm for a year and left in 2000 to join The Boston Consulting Group as a consultant based in Kuala Lumpur. At the Boston Consulting Group, Datin Norazah Mohamed Razali was promoted to Principal in 2007. Just prior to that, she was in the role of Project Leader as well as alternating as the Asia Pacific Recruiting Head for The Boston Consulting Group.

In August 2017, she took on the role of Senior Advisor of The Boston Consulting Group focusing on Malaysia. She has extensive experience in advising clients on regional economic development including, real estate and commercial development as well as marketing and investments, industry re-structuring as well as company level transformation and growth strategies across ASEAN. 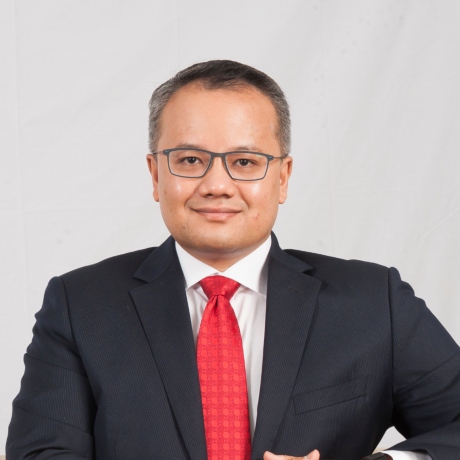 Prior to joining PNB, he was Country Managing Partner for The Boston Consulting Group (“BCG”) in Malaysia. During his time at BCG, he has worked on client assignments in more than 10 countries around the world and was also based out of BCG’s London office. His area of expertise includes strategy development (business model innovation and growth) and also corporate and industry level transformations. 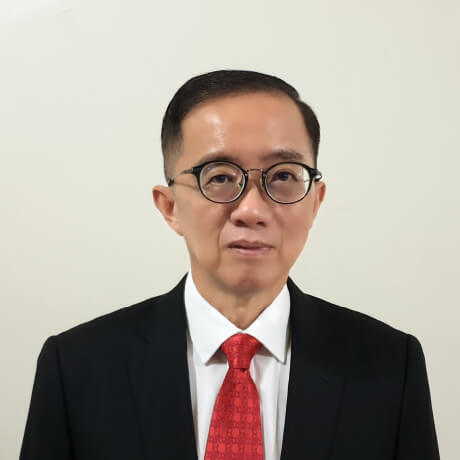 Dato' Soam started his career in 1979 with the Ministry of Works and held position as an Executive Engineer from year 1983 to 1989. Subsequently, he joined Road Builder (M) Holdings Berhad Group from 1989 to 2003 and his last held position was as Executive Director.

In year 2015, Dato' Soam was appointed as Chief Executive Officer and Managing Director of IJM Corporation Berhad and aggressively expanded various divisions in the IJM Group. He retired from his position in year 2019.

Dato' Soam is currently the President of Real Estate and Housing Developers Association (REDHA) Malaysia. He is an experienced business leader with extensive experience in construction and property development. 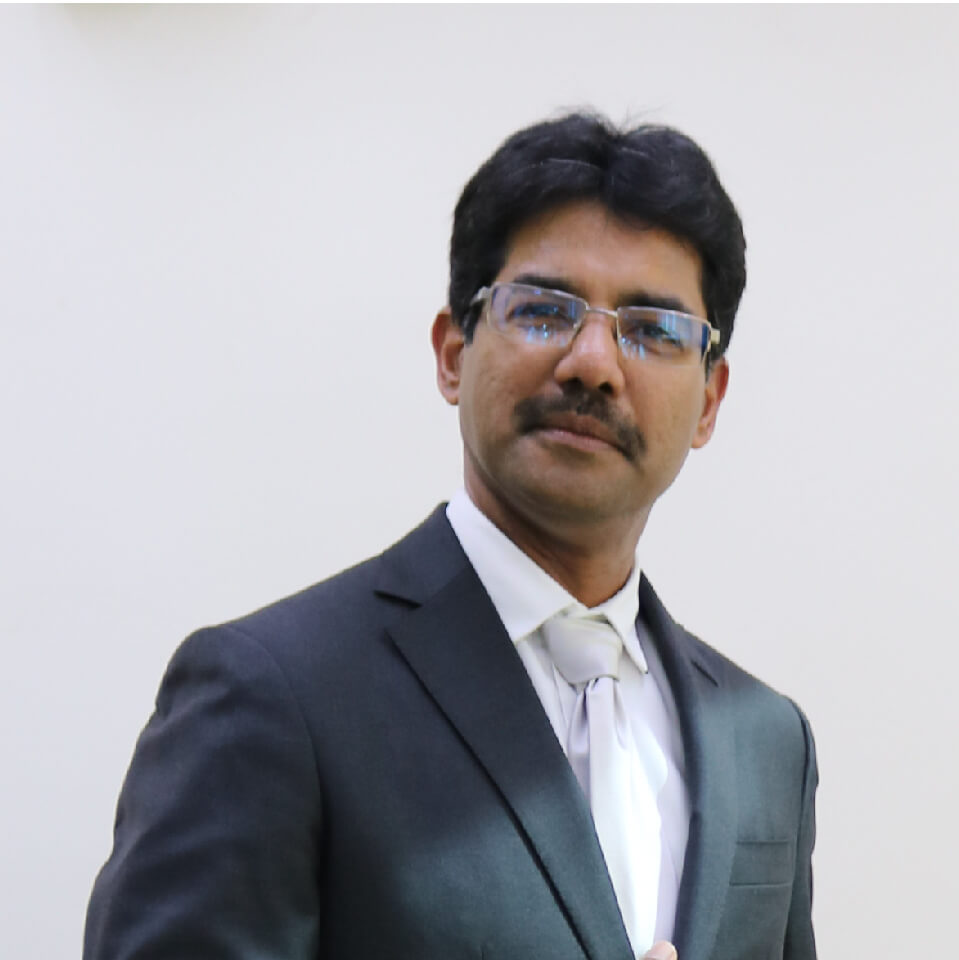 Prior to that, Ridza was a partner in Zaid Ibrahim & Co. Ridza began his career at Rashid & Lee. He then joined Arab Malaysian Corporation Berhad as the Group Legal Adviser. Ridza later joined Technip Asia Pacific based in Kuala Lumpur and Paris, France as the General Legal Counsel.

He is also the author of several publications including The Law and Practice of Islamic Banking & Finance and The Life and Law of Fintech published by Sweet & Maxwell. Ridza was named as one of worlds leading Islamic Finance lawyers as voted by his peers in the industry, AsiaLaw leading lawyers and recently the top 100 lawyers in Malaysia by Asia Business Journal.