CLOSE
I'm interested in
New Foster + Partners Homes Launch On Battersea Power Station's Electric Boulevard!
Fill in the form below, and we’ll
get in touch with you soon!
Tell us what you’re
looking for
Home Residential Commercial NEW! Industrial 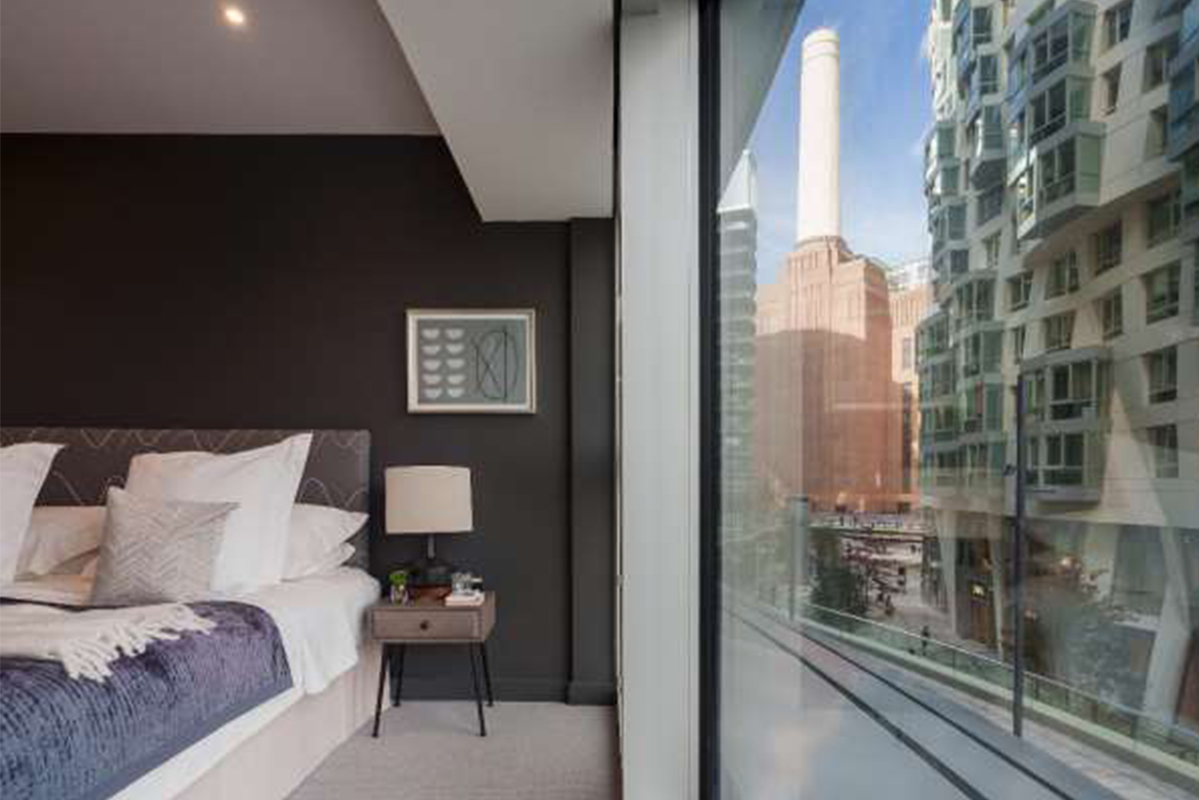 The first new homes to be launched at Battersea Power Station since 2014, Koa at Electric Boulevard is located next to Battersea Power Station’s new Zone 1 London Underground Station, and overlooks a rich mix of restaurants, bars, offices and shops on Electric Boulevard, a new pedestrianised high street, putting residents in the heart of the new ‘15-minute’ live, work, play neighbourhood.

The collection of studio, one- and two-bedroom apartments are full of character with fresh, contemporary interiors grounded in top quality finishes and natural light. Designed for the modern resident, interiors are built around flexibility and adaptability, including dedicated workspaces where possible, and two carefully designed interior palettes bringing distinctly different qualities to the apartments.

The residences at Koa follow the sinuous shape of the building’s exterior, creating unique properties with elegant curving walls. Horizontal bands break down the scale and add definition to the building, whilst floor-to-ceiling glazing, orientated to offer the best views of the Power Station, creates interiors that are flooded with natural light.

Positioned towards the southern end of Foster + Partners’ Battersea Roof Gardens, the stateof- the-art building includes one of London’s largest residential rooftop gardens, designed by James Corner of Field Operations, the visionary behind the New York Skyline, and LDA Design who also delivered the landscaping for Circus West Village and the Power Station, the first two phases in the Battersea Power Station development. The innovative design includes sun lawns, BBQ and picnic areas, as well as extensive flora and fauna. Other facilities include a unique 8,350 sq ft Sky Lounge with a sunset bar, workspaces, cinema room, lounge areas and a gym, spread across the top two floors of the building. 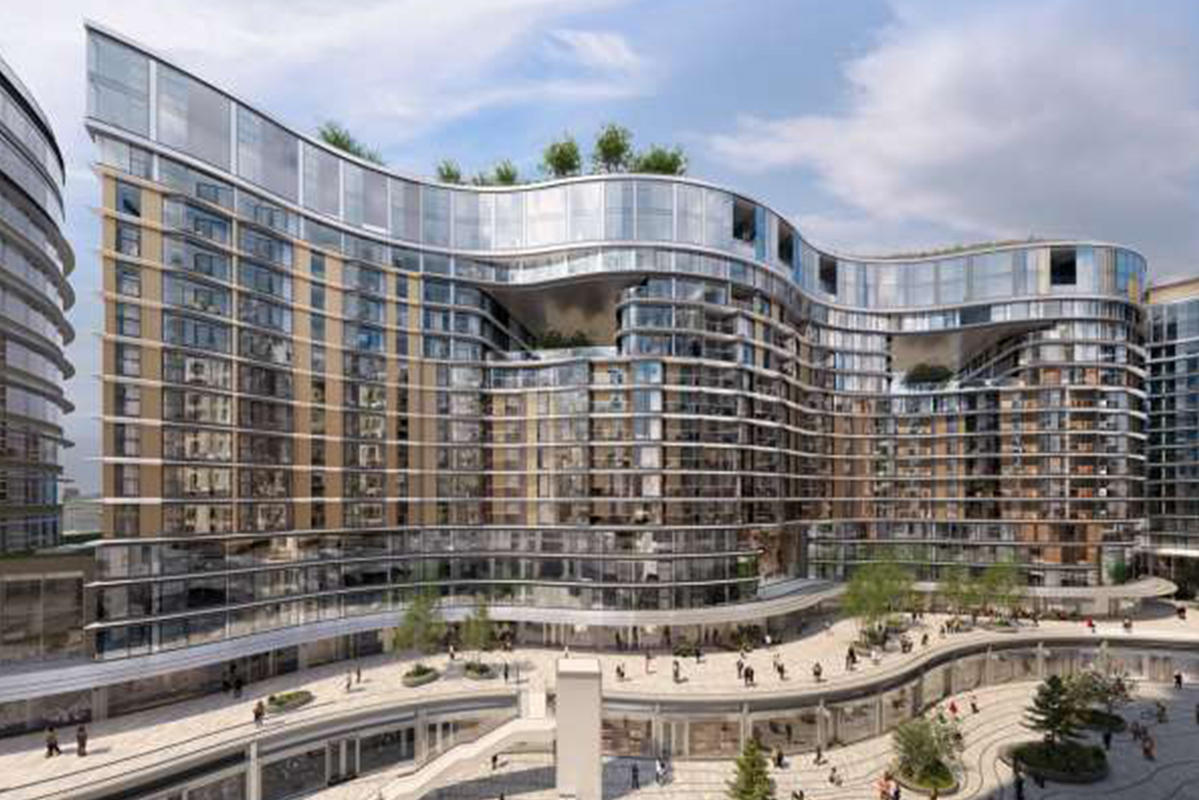 Two storeys of retail space occupy the lower floors of the development, extending the new Electric Boulevard pedestrianised high street which connects up to the foot of the Power Station. Opposite the Foster + Partners building on Electric Boulevard is Gehry Partners’ Prospect Place, which has 308 residents and double-height retail units, with high street favourite, ZARA and ZARA Home, launching its first Central London store south of the river here on 14th October with supermarkets Oseyo and Marks and Spencer opening shortly.

Also located in Battersea Roof Gardens, of which Koa at Electric Boulevard is a part of, is a 164-room art’otel®, the brand’s first hotel to open in the UK, and home to JOIA restaurant and bar from two Michelin-starred Portuguese chef Henrique Sá Pessoa. 50 Electric Boulevard, a new 200,000 sq ft of office space for London, is also situated here and is set to complete in 2023.

Grant Brooker, Senior Executive Partner and Head of Studio, Foster + Partners, said: “Our aim was to create a contemporary, new mixed-use neighbourhood in the heart of London with great public transport connections, befitting its extraordinary riverside location. We’re delighted to see the final residential part of this ambitious building coming to life.”

2022 is a turning point in the history of Battersea Power Station following the public opening of the Grade II* listed landmark. Residents and the wider public can now explore inside this iconic building, and enjoy the first of over 100 shops, bars, restaurants and leisure venues including Nike, Adidas, Hugo Boss, Uniqlo, Theory, Ralph Lauren, Space NK, Ace + Tate, Mango, Where The Pancakes Are, Le Bab, Clean Kitchen and Paris Baguette. Visitors will also enjoy The Cinema in the Power Station and Lift 109, a unique glass elevator experience which transports visitors 109m up to the top of the Power Station’s north west chimney, offering stunning views of the London skyline, which opens soon.

Residents and visitors to this new riverside neighbourhood can experience a variety of cultural events throughout the year with highlights including the Light Festival, Summer Showtime, and a new, recently announced winter attraction, GLIDE at Battersea Power Station, London’s newest and only riverside ice rink, which will be open from 11 November 2022 – 8 January 2023.

Prices start from £560,000 for a studio apartment at Koa at Electric Boulevard. Follow @BatterseaPwrStn to keep up to date with the latest news and events at Battersea Power Station and visit www.batterseapowerstation.co.uk to find out more.