CLOSE
I'm interested in
More than a Quarter of a Million People Visit Battersea Power Station during Opening Weekend!
Fill in the form below, and we’ll
get in touch with you soon!
Tell us what you’re
looking for
Home Residential Commercial NEW! Industrial 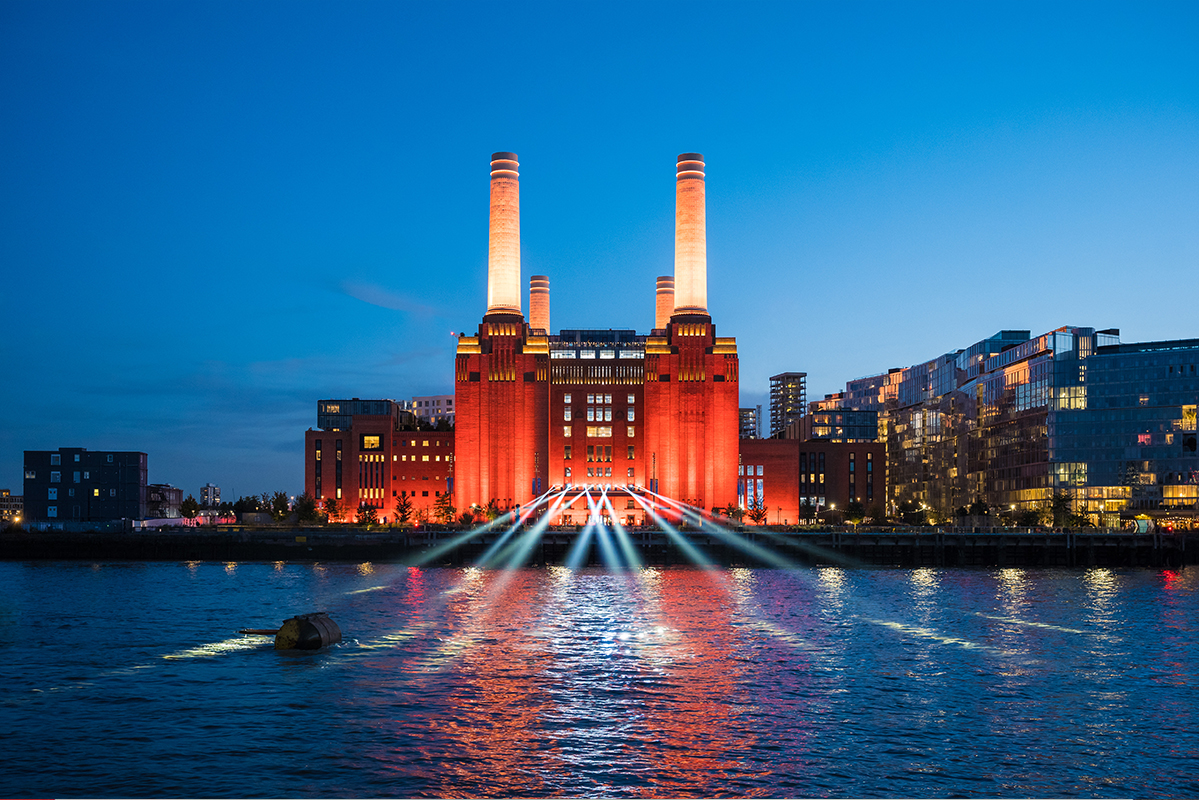 Battersea Power Station welcomed over a quarter of a million visitors during its opening weekend between Friday 14th - Sunday 16th October, as huge crowds came to see inside the iconic landmark for the very first time and explore the neighbourhood’s new pedestrianised high street, Electric Boulevard.

Nearly forty years after the lights were switched off in one of London’s most defining landmarks and following an eight-year restoration project in which the building was transformed from a derelict shell to the shining centrepiece of a new town centre for London, visitors were able to enjoy the first of its unique shops, bars, restaurants and leisure venues.

Meanwhile, on Friday 14th October, Genesis sold their first car and the Adidas ‘Empower Station’ pop up, which featured fitness classes and challenges hosted by Olympic and Paralympic athletes, instructors and industry experts, was fully booked across the weekend.

Eateries reported similarly high results, as visitors flocked to eat and drink in the unique surroundings of the Power Station. Inception Group, London’s most experiential hospitality company, opened its exciting new bar concept, Control Room B, and sold more than 7,000 cocktails between Friday and Sunday. Meanwhile, Paris Baguette served 1,221 pieces of cake, smoothies proved to be the top seller at Clean Kitchen, Where The Pancakes Are flipped more than 2,500 pancakes and Poke House served 3,500 poke bowls throughout the weekend. Further food and drinks brands are set to open soon, including a 24,000 sq. ft Arcade Food Hall from JKS Restaurants, which will open in 2023. 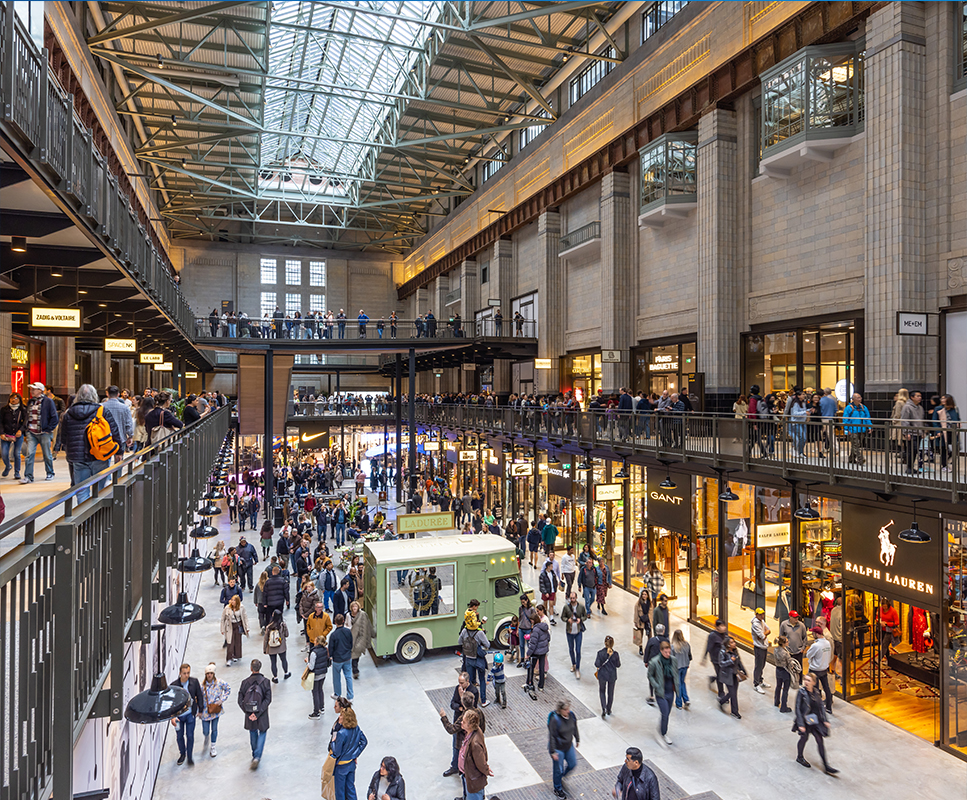 Electric Boulevard, a new high street to the south of the Power Station, also opened with ZARA and ZARA Home, seeing lots of shoppers heading down to its first Central London store south of the river. A new-concept M&S Food Hall will follow shortly along with the UK’s first art’otel, a 164 room hotel with Michelin starred chef, Henrique Sá Pessoa, opening his new rooftop bar and restaurant, JOIA, here.

Also opening in the next few weeks is Lift 109, a unique glass elevator experience inside the Power Station’s north west chimney, offering stunning panoramic views of London from a height of 109m. Tickets are due to go on sale shortly.

Other highlights from the weekend included performances from the Battersea Power Station Community Choir, Arcadia’s Lords of Lightning and the Bright Sparks Trail – an interactive heritage trail app leading user to performances across the neighbourhood which nod to the history and cultural significance of the building. The Festival of Power continues on Saturday 22nd – Sunday 23rd October with performances on the Pavilion Stage in Power Station Park from 12pm – 8pm, and buskers performing from 10am – 6pm. 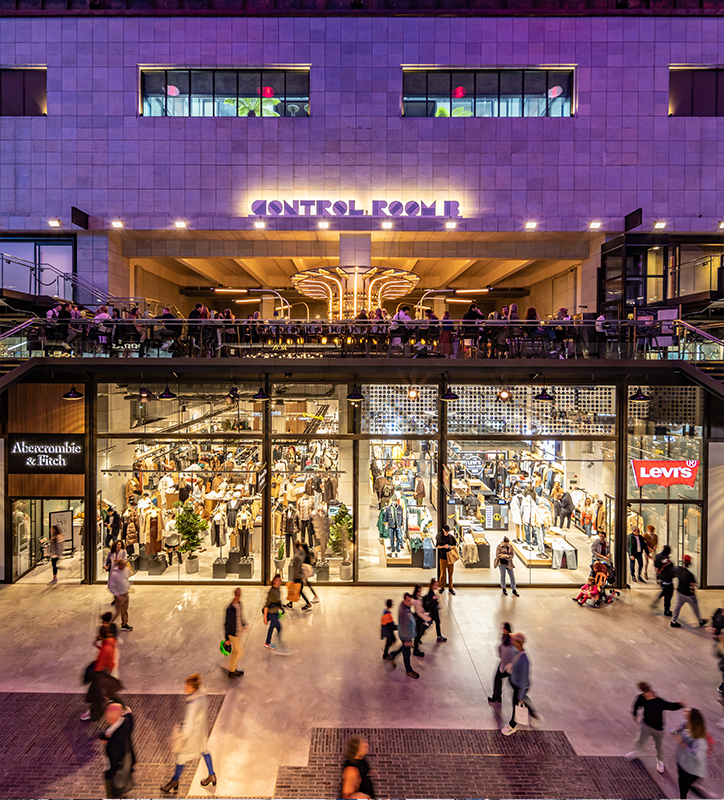 Simon Murphy, CEO of Battersea Power Station Development Company (BPSDC), said: “The public response to the opening of Battersea Power Station and our new pedestrianised high street, Electric Boulevard, has been truly amazing, and exceeded our expectations. Over 250,000 people from the local community, across London and from further afield, came to visit the newly restored Power Station at the very earliest opportunity, demonstrating the attachment people feel to this iconic landmark. On behalf of our shareholders, I would like to thank every single person who came down to visit, and we look forward to many more visitors over the coming months and years – this is just the beginning.”

Further quotes from retailers now open at Battersea Power Station can be found below.

The opening of Battersea Power Station and Electric Boulevard extends this already wellestablished neighbourhood, from the 20-plus shops, restaurants and bars that have been open in Circus West Village since 2017, and over 2,000 residents who live across Circus West Village, the Power Station, Gehry Partners’ Prospect Place and Foster + Partner’s Battersea Roof Gardens.

Karl Wederell, General Manager at Aesop, Europe, said: “Aesop was delighted with the opening weekend at Battersea Power Station and overwhelmed with the enthusiastic and positive response from customers to their newest UK store. We had one of the strongest UK store openings to date and feel enormously positive about the future of the location. Battersea Power Station has set a new benchmark for shopping centre destinations, and we are thrilled to be part of this new chapter for such an iconic landmark.” Megan Jones, CEO and Founder of Curated Makers, said: “The launch of Curated Makers at Battersea Power Station has blown us and our makers away! We’ve had record sales and glowing feedback, showing the desire for shoppers to buy unique, handmade items that are made locally to them, within such a unique shopping destination as this. Our makers are busy making more stock as we speak. We are so excited for the next few months ahead as we welcome even more visitors and offer them the perfect opportunity to shop small for their Christmas gifts too!” Charlie Gilkes, Co-founder of Inception Group, said: “It was incredible to see the size of the congregation assemble at the cathedral of power! We were overwhelmed by the number of people coming to see our bar in Control Room B and the atmosphere was completely electrifying.” Arabella Turek, COO and Co-Founder of Petit Pli, said: “After almost 40 years of silence, Battersea Power Station is roaring. As a digital first brand, Team Petit Pli were overwhelmed by the support and enthusiasm of our local community to join us over the opening weekend! We were so pleased that shoppers were happy to see an independent, innovative brand open its doors inside the Power Station. Retail is definitely not dead! We’re thrilled Petit Pli has set up its flagship site in London’s newest arena for retail innovation and can’t wait for the journey ahead.” Vivien Godfrey, Chairman and CEO of Stanfords, said: “We couldn’t have wished for a better opening weekend. We were steadily busy throughout with Saturday being exceptionally busy. Feedback from our new customers was so positive. Many of whom said they were delighted to find our independent Battersea Bookshop among the brands in the Power Station. We welcomed a wide variety of people through our doors including lots of families who loved our designated children’s area, and architecture fanatics who came in to see the original exposed concrete but stayed to buy books.” Craig Bolton, President of the Watches of Switzerland Group UK and Europe, said: “Watches of Switzerland Group were very pleased and proud to open four new Showrooms at Battersea Power Station on 14th October. Trading in first three days was ahead of expectations.” A spokesperson for Poke House Battersea Power Station, said: “The energy inside the Power Station was so exciting. We managed to serve over three and a half thousand poke bowls to a wonderful mixture of customers spanning from residents to tourists. We look forward to welcoming more members of the public as the come to discover the phenomenal Power Station and its exceptional retail offering.”

Follow @BatterseaPwrStn to keep up to date with the latest news and events at Battersea Power Station and visit www.batterseapowerstation.co.uk to find out more.