CLOSE
I'm interested in
Battersea Power Station Opens its Doors to the Public for the First Time in History Today!
Fill in the form below, and we’ll
get in touch with you soon!
Tell us what you’re
looking for
Home Residential Commercial NEW! Industrial 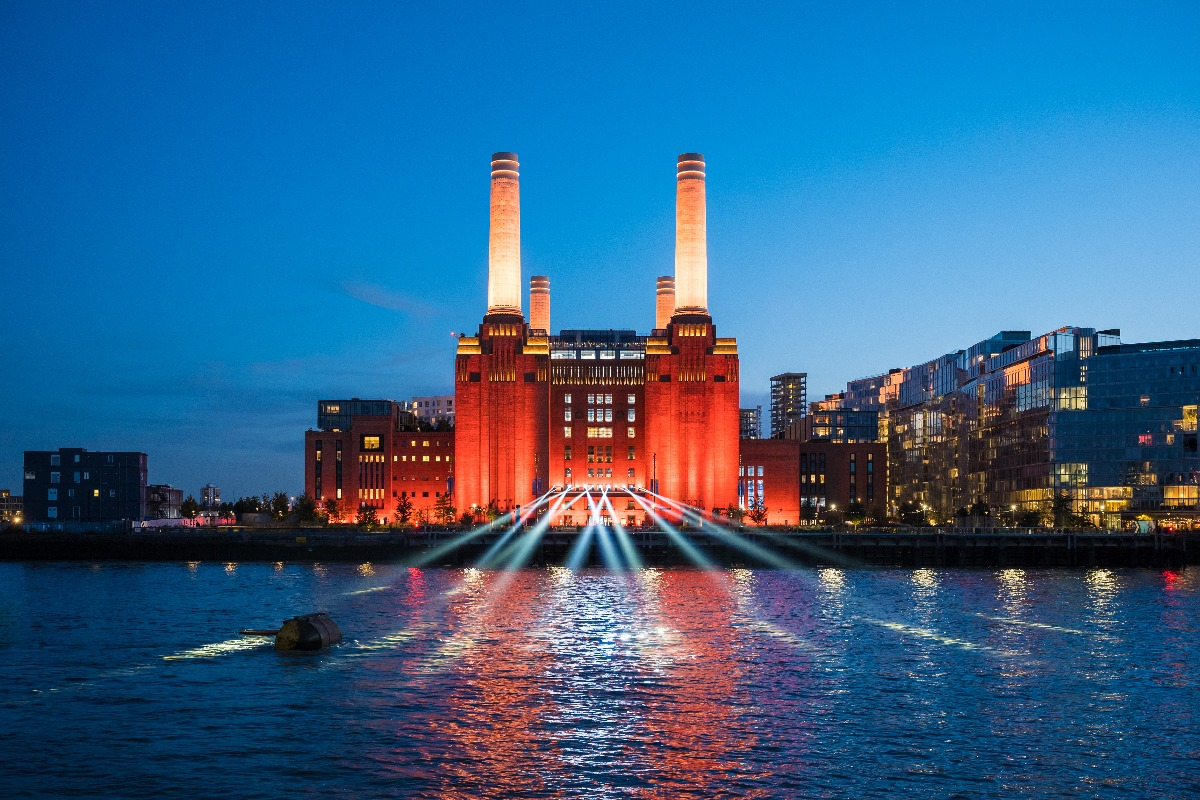 Nearly forty years after the lights were switched off at one of London’s best-loved landmarks, Battersea Power Station opens today, Friday 14th October, marking the first time the public.

From Friday 14th to Sunday 16th October, and continuing Saturday 22nd and Sunday 23rd October, a free, five-day ‘Festival of Power’ will be on, with a programme of live performances, family-friendly activities, installations and more to celebrate the historic milestone. Headlining the festival is Arcadia’s Lords of Lightning, a duelling spectacle involving multi-million volt bolts being fired between the two ‘Lords’, hosted in the six-acre Power Station Park on the evening of Friday 14th October from 7 pm.

Other highlights include a unique and interactive heritage trail act which nods to the history and cultural significance of the Power Station, as well as performances from drummers and various forms of entertainment including walkabout performers, acrobats and brand activations.

Eateries opening inside the Power Station include Le Bab, Where The Pancakes Are, Poke House, Clean Kitchen Club and Paris Baguette to name a few. Inception Group, London’s most experiential hospitality company, is also opening an exciting new bar concept, Control Room B, in one of the original control rooms. The immersive experience is completely unique with cocktails inspired by the Grade II* listed building’s iconic architecture and history, transporting guests back to the 1950s when the second half of the Power Station was built.

The Boiler House at the heart of the Grade II* listed building will be home to the recently announced 24,000 sq. ft Arcade Food Hall from JKS Restaurants, which will open in 2023.

Electric Boulevard, a new high street to the south of the Power Station, also opens today with the likes of high street favourites, ZARA and ZARA Home, opticians and eyewear specialists, David Clulow, and Korean food and culture hub, Oseyo. A new-concept M&S Foodhall will follow shortly along with the UK’s first art’otel, a 164 room hotel with a Michelin starred chef, Henrique Sa Pessoa, running its new restaurant, JOIA.

Since 2012, the Power Station and its 42-acre surrounding site have been under the custodianship of the current shareholders, Sime Darby Property, S P Setia and the Employees’ Provident Fund (EPF), who have overseen the painstaking restoration of the building. In 2019, Permodalan Nasional Berhad (PNB) and EPF became the long-term owners of the Power Station securing the future of the landmark for many generations.

Earlier this week, The King and Queen of Malaysia visited Battersea Power Station to officiate the opening ceremony and unveiled a plaque to mark this historic moment.

Investment Minister, Lord Johnson, said: “Battersea Power Station is a shining example of the positive power of a foreign investment. The £5bn investment to date by the Malaysian Consortium has not only helped regenerate an iconic London landmark but also massively improved transport connections in Wandsworth. “Most importantly, the development created thousands of local jobs, across construction, retail and hospitality. It’s a real testament to our thriving trade and investment partnership with Malaysia and the importance of trade for creating jobs and driving growth.”

The Mayor of London, Sadiq Khan said: “As a lifelong South Londoner, I am particularly delighted to see the iconic Battersea Power Station opens its doors for the first time in forty years as a new addition to London’s thriving shopping and entertainment landscape

“This redevelopment of a 20th Century London landmark has already helped to deliver new investment, vital transport links and jobs for local people. Battersea Power Station will now breathe new life into this part of London – attracting more investment and boosting our economy as we build a better London for everyone.

Dato’ Jagan Sabapathy, Chairman of Battersea Project Holding Company, said: “The opening of Battersea Power Station is a turning point for this riverside neighbourhood and the pinnacle of ten years of hard work and dedication. Re-opening this prestigious building, which means so much to Londoners and the world, demonstrates what can be achieved by the Malaysian people, working collaboratively with partners from across the world, to deliver inspirational projects. This achievement is something for our whole country to be proud of, and I hope many will come to visit.”

Simon Murphy, Chief Executive Officer at Battersea Power Station Development Company, said: “Today marks a historic and hugely celebratory moment as we open Battersea Power Station and Electric Boulevard to the public. Many said it was impossible, and several tried and failed, however through the commitment of our shareholders and with the support of many Public and Private sector stakeholders in the UK, we’ve succeeded in bringing Battersea Power Station back to life so that it can be enjoyed for generations to come. This opening is a fantastic boost for the local economy, creating over 2,500 jobs through the many shops, restaurants, offices and leisure venues opening here, as well as providing a new destination for London.

“We are truly thrilled to welcome the local community, Londoners and visitors from across the globe to come and explore this Grade II* listed landmark that many have marvelled at from afar for years. Now, for the first time, everybody can walk inside, interact with the magnificent architecture and experience all that the reborn Battersea Power Station has to offer.”

Emily Gee, Historic England Regional Director, said: “We are delighted that the Grade II* listed Battersea Power Station, one of London’s most recognised and cherished landmarks, is opening its doors to the public. The sheer scale and condition of the Power Station presented major challenges to its repair and reuse. But through years of dedication and partnership working, together we have ensured that the building’s major conservation needs have been met. This transformational redevelopment has secured a bright future for the building, with exciting uses that bring the public inside for the first time and show the power of our industrial heritage and its potential for regeneration.”

The opening of Battersea Power Station and Electric Boulevard extends this already wellestablished neighbourhood, from the 20-plus shops, restaurants and bars that have been open in Circus West Village since 2017, and over 2,000 residents who live across Circus West Village, the Power Station, Gehry Partners’ Prospect Place and Foster + Partner’s Battersea Roof Gardens.

Follow @BatterseaPwrStn to keep up to date with the latest news and events at Battersea Power Station and visit www.batterseapowerstation.co.uk to find out more.